Why Harrogate relief road is a terrible idea 1

A sparrow sings on Bilton Lane

At an Area Committee meeting on Thursday 7th December 2017, councillors voted 14-2 against continuing with the road proposal, but the vote was ignored by the Executive, who decided to push ahead with it.

Most of Harrogate's traffic is short, local journeys. In fact, 93% of traffic in Harrogate is from journeys that begin or end in Harrogate, or are entirely within Harrogate; only 7% is through traffic. It's the people of Harrogate who are responsible for this situation, not outsiders.

This helps explain why the name 'bypass' has not been chosen for the unwanted road. A bypass option to the north of Harrogate that only keeps non-local traffic out of the town would have little effect.

Proponents of a new road would like to build it close to Harrogate, through Bilton. They claim that it would cause a 20 to 40 per cent reduction in traffic in Harrogate town centre.

Why Harrogate relief road is a terrible idea: a fatal flaw in the reasoning 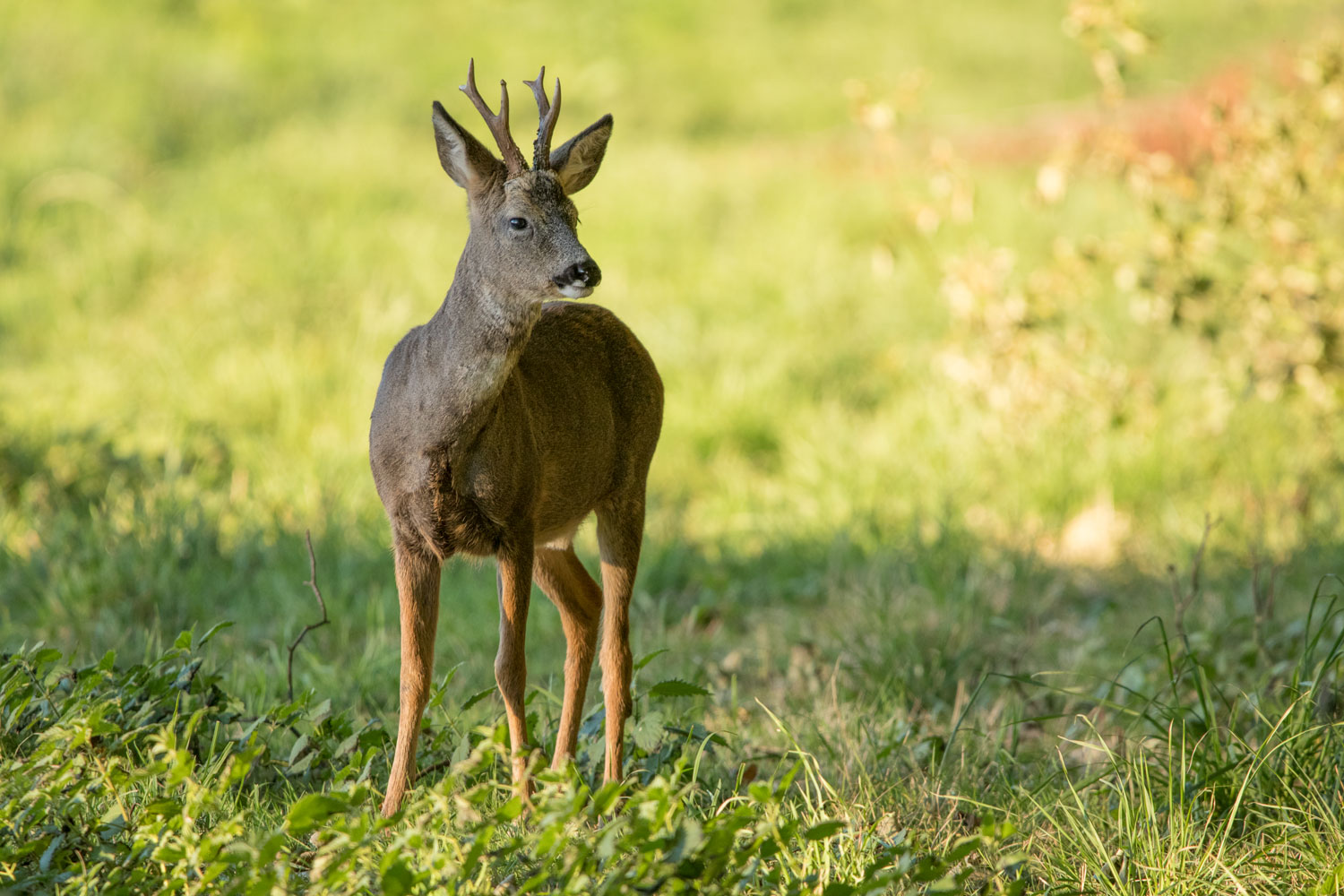 There's a fatal flaw in the reasoning of the would-be road-builders. According to them, if you create more road space, you reduce congestion. The idea has a certain simplistic attractiveness. But is it true? We've been building roads since the 1950s or earlier, and what has happened to congestion? It has increased.

Andrew Gilligan exposed the logical weakness of a similar argument in his foreword to Human Streets, a report in March 2016 at the end of Boris Johnson's term as Mayor of London.

'Much of the opposition to cycle schemes is based on a belief that motor traffic is like rainwater and the roads are drains for it. If you narrow the pipe, these people say, it will flood. If you block one route, they say, the same amount of traffic will simply flow down the next easiest route. But that seldom or never actually happens in practice. Because traffic isn't a force of nature. It's a product of human choices. Our surveys tell us that huge numbers of Londoners will choose to cycle if they feel safe doing so. If we open up that choice, even more people will take it.'

[Update 30th October 2018] In an article about traffic jams in the Netherlands, NOS.nl quotes Bert van Wee, Professor of Transport Policy at TU Delft. 'Building more roads is in any case senseless. It is often the first reaction from ministers who want to look as though they are doing something. Of course you do sometimes have to make roads wider, and re-work junctions, but if you think you're going to solve the problem of congestion like that, you're wrong.'

Professor van Wee pointed to American research on the relation between road-building and traffic jams. 'That study showed that building more roads results in an increase in congestion.' The road-building makes driving more attractive, he said. Instead, van Wee suggests charging drivers according to when and how far they drive. 'Research shows that can reduce traffic by 50%.'

Some of the US research is summarised in a well-researched and thoughtful article in City Lab. It explains that most new roads are sold to the public on the basis of reduced congestion and faster journey times, but that's not what happens.

'Rather than thinking of traffic as a liquid, which requires a certain volume of space to pass through at a given rates, induced demand demonstrates that traffic is more like a gas, expanding to fill up the space it is allowed.' (A similar quote appears in an interesting paper by Todd Litman).

Induced demand is complex, but it is real - despite the fact that most public officials ignore it. It comprises latent demand - people who got around in other ways or outside peak hours, because of congestion - and generated demand - traffic that is a direct result of new capacity.

Over the long term (3 years or more), induced traffic fills all or nearly all of the new capacity. New roads also spawn autocentric development patterns.

To anyone who is interested in the evidence, it is clear that building roads does not solve congestion problems.

Trunk Roads and the Generation of Traffic

In 1994, the Standing Advisory Committee on Trunk Road Assessment - the Department for Transport's advisors - looked at 'Trunk Roads and the Generation of Traffic'. (Technically, the A59 is a major A-road, not a trunk road, but there is no reason why different principles should apply).

Specifically, they considered 'whether new or improved roads generate extra traffic over and above the growth in traffic which would be expected in the absence of any improvement to the road network.' They consulted a large number of bodies and individuals, and weighed a substantial volume of evidence.

The report has an Executive Summary. It says that accurate traffic forecasts are central to an appraisal of the economic costs and benefits of road schemes. One of the most complex forecasts concerns whether improving the road system introduces extra traffic. This is called 'induced traffic'. At the time, DfT forecasts assumed no induced traffic. [Despite the advice of the Standing Committee, it seems that this is still true].

All the evidence the Standing Committee examined tended 'to support the existence of induced traffic'. Travellers respond to reductions in travel time brought about by road improvements by travelling more and further.

The Standing Committee's conclusion was that '...induced traffic can and does occur, probably quite extensively...' with variations depending on particular circumstances.

NYCC's consultants, WSP, are transport professionals. They ought to know about induced demand, but it is not mentioned once in their November 2017 report, nor in the Addendum Report of October 2018. It is an important theme, which they need to address, because if the evidence on induced demand is correct, any case for a new road crumbles.

If there are special factors in Harrogate and Knaresborough which mean that the normal principles of induced demand don't apply here, they should explain them. In any case, if they wish to maintain a reputation for professionalism, and retain the confidence of the people affected by this controversial issue, they cannot continue to ignore the topic altogether.

Why Harrogate relief road is a terrible idea: Paris

The reductions in congestion and improvements to air quality in Paris haven't come from opening up more space to private motor vehicles. Parking charges have gone up, there are some car-free days, cycle lanes have been built, and more cycle routes and pedestrianisations are planned.

In Paris, the idea that reducing traffic reduces air pollution is succeeding. In London, the Mayor is imposing restrictions on polluting vehicles with an extension of the Ultra Low Emissions Zone.

Why Harrogate relief road is a terrible idea: a congestion generator road

What is the Executive's solution for Harrogate? Build another road to improve air quality and reduce congestion! Does anyone actually believe it will work?

What happens in practice is that a new road generates more traffic, which spills over onto existing roads and junctions, and exacerbates existing congestion and air pollution problems. When the Campaign for the Protection of Rural England looked at bypasses built over the past 20 years, they found exactly that: road schemes generate traffic. They also result in a highly car-dependent pattern of land development.

Harrogate residents currently make short, local journeys by car. The fact that everyone else is driving everywhere means that the roads are too hostile for them to consider cycling. It's a Catch 22 situation. There is some provision for cycling, but it's a million miles from being a safe, convenient, complete network of cycle routes.

We are finally seeing enlightened changes to transport systems in some towns and cities around the world. What about us in Harrogate - do we have the imagination to see how our town and borough could be, if they were less dominated by motor vehicles?

The Executive wants to continue with the failed model of the past. It wants to destroy a much-loved place, Old Bilton, and turn the delightful Bilton Lane into a major road carrying 1,000 cars an hour. Where now there is wildlife, peace, tranquility, recreation, walking, and cycling, they want thousands of vehicles generating noise and pollution - and inevitably increasing Harrogate's congestion problems.

It mustn't be allowed to happen. 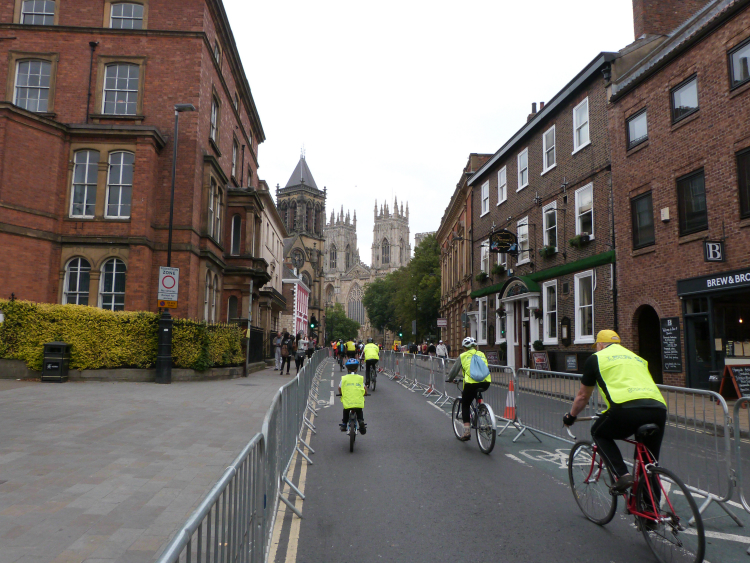 A poll of 2,000 British adults for Cycling UK reveals the top reasons why more people don't cycle. They include sharing the road with large vehicles and close passes. What would encourage more people to ride bikes? Find out about the Cycling UK poll.

The Campaign for Rural England have shown that new road projects generate extra traffic - over and above the increases which would have happened otherwise. Their report is based on Highways England data. This is relevant to the bypass which the county council is seeking to impose on Harrogate & Knaresborough. Read about the CPRE Impact of Roads report.